By By Imogen Groome 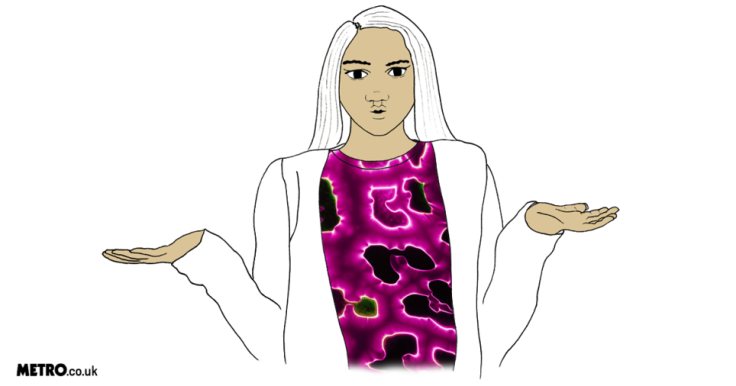 Those who are presented with the term post-traumatic stress disorder – or PTSD – will often think of shellshocked soldiers, traumatised by events they went through on the battlefield.
This is certainly a common cause of the condition and one that’s currently being acted out in Australian soap Home And Away.

However, it’s not just people who have been at war who suffer the condition.

Those who have been sexually abused, gone through domestic violence, experienced neglect as a child, had a near-death situation or just seen something they found terrifying can begin experiencing elements of PTSD.

Here are 20 things you only know if you have PTSD…

1. Sometimes you behave in ways you don’t understand
You could laugh at inappropriate moments, feel incredibly angry all of a sudden, or stressed with no tangible cause – all in the space of a few hours.

2. Anything can be a trigger

A melody, a voice, a sentence, a landmark, a pattern of colours – it doesn’t take much to pull you back to that painful place.

When you’re with other people, your emotional response can be confusing.

‘Why is she walking away?’

‘Why is she so angry? I didn’t do anything wrong.’

You know – but you can’t control it.

3. It can be terrifying to let yourself feel

If you spent years refusing to get upset, angry, or simply sad, the concept of accessing those feelings can be scary.

Airing them for the first time – and continuing to let them out, by reacting to situations with the correct emotional response – is a difficult concept.

4. You may engage in destructive behaviour to block out the pain

If you hurt yourself first, you can’t get hurt by others – or you just don’t care what you do to yourself.

Binge eating, alcohol, drugs – it doesn’t matter. If it temporarily makes you feel good, who cares what it does to your body?

So the destructive thought pattern goes.

Concentrating on what’s in front of you can feel impossible sometimes.

Whether you just zone out, because there’s too much going on in your head, or have a flashback and need to take time out to regroup, staying in the moment is easier said than done.

6. Regulating your emotions can be tougher

Sometimes those pent-up feelings burst out in a tidal wave and get vented in random circumstances.

Then you have to deal with the consequences of your outburst and wish more than anything that you could have stopped it before it began.

When you’re feeling jumpy, everything is a threat, and life is terrifying.

The world can be so overwhelming you go into attack mode and get angry with everyone around you for no reason.

You’re convinced that everyone’s got an ulterior motive, you’re not safe, and you’re just waiting until you get hurt again.

8. Your mind works in ways you don’t understand

There can be days you just sit in your room sobbing for hours and you don’t know why.

Or depression could hit you like a tidal wave when you’re having a completely average day.

It doesn’t make sense, but you have to ride with the feelings until they pass.

9. Sleep can be easy – or non-existent

Sometimes you can sleep, other times you’re just staring into nothing until 6am – then you keep going without sleep because, for some reason, tiredness isn’t something you feel that day.

10. You cling onto things that help to keep you grounded

It could be one person who you trust, playing the same song over and over, or curling up in a ball with your favourite cushion.

No matter what it is, you cling onto it strongly, because it keeps you grounded, it keeps you feeling vaguely sane, and it helps you get through your worst moments.

11. Your mood swings can be unpredictable

Whether it’s a trigger, a flashback, or just a day where things aren’t going the way you want, you can swing between feeling utterly calm and wanting to flip the table over in a Hulk-like rage, because you don’t know how to process all the feelings swirling around inside your head.

12. You get physical pain

When the pain from your past hits you, it causes physical symptoms – like a blistering headache or a stomachache deep in your gut.

And when the emotional pain fades, so does the discomfort.

13. Every relationship is an emotional rollercoaster

The concept of having people in your life on a regular basis can feel intimidating and overwhelming.

Often, you push people away, then try to pull them back in – but sometimes it’s too late, and they walk away.

You can’t blame them – you’re a lot to deal with when you’re at your worst, even though you so badly want to be at your best.

Shutting yourself away from people, places, memories – and sometimes emotions – is sometimes the only way you can cope.

There could be certain areas you never go to or people you’ll never speak to again because going back means returning to a place of pain that’s so incapacitating it’s beyond comprehension.

You can get through the whole day feeling happy, with no unwanted thoughts intruding.

But the next day, you can’t even leave the house without hyperventilating, wanting to hide under your duvet and never come out.

They’ve let you down before, so why wouldn’t the pattern just keep going?

Don’t bother trusting in the first place, you tell yourself.

You’re less likely to get hurt that way.

17. Flashbacks take you right back to the pain

It happens right when you least expect it.

You could be on the bus, sat in a coffee shop, just about to drift off to sleep – and suddenly your mind is playing you a movie.

Your own personal horror movie.

And it feels like you’ve been strapped to the seat, unable to move, forced to watch the scenes that hurt you the most replaying over and over.

But you’re meant to continue with what you’re doing like nothing is wrong.

18. You want more than anything to be understood

It seems impossible that someone else would understand though because sometimes you don’t even feel like you understand yourself.

On the best days, it feels like you’re treading water, keeping your head above a sea of murkiness that lies beneath.

On the worst days, you’re battling through the murkiness, struggling to breathe, slipping, drowning, screaming for help, trying to pull yourself back up but falling deeper every time you try.

How can you explain what lies in your mind when you don’t even know yourself?

19. Talking to someone who will help you understand your past is important

Having a safe space to learn how to feel will ease the pain and help you manage the trauma.

Cultivating an empowering relationship that helps you to explore how to move forwards is one of the first steps towards managing it.

20. Building a life for yourself is possible

Making friends who care about you, learning to balance your emotions and regulate them, exercising regularly, and finding things that bring you joy will allow you to heal.

This site uses Akismet to reduce spam. Learn how your comment data is processed.